Buy a Protection from The Corona Virus Spell 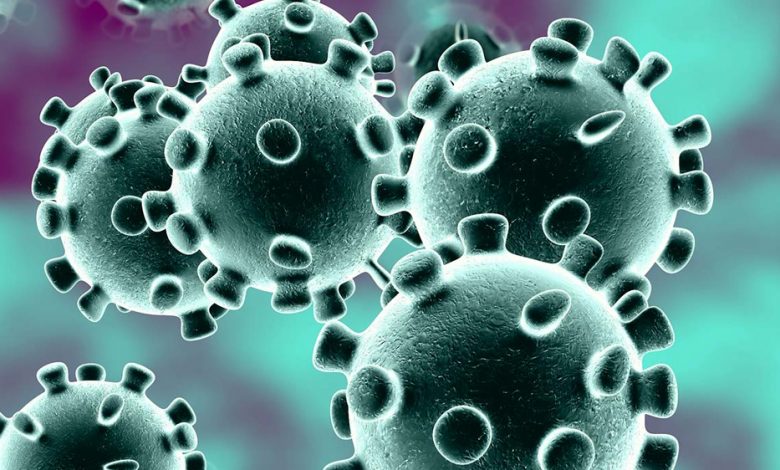 We live in scary frikkin’ times.

As if gun crime, terrorism, war, poverty, and pollution weren’t enough to worry about, now there’s a killer virus on the loose, spreading across the planet, threatening to wipe out civilization as we know it. It’s a wonder anyone gets out of bed in the morning.

Is COVID-19 – the Corona virus – anything to be seriously worried about? Or is it all just media hype?

It might surprise you to know that this has happened before. Many times.

In 1918, just over one hundred years ago, there was an outbreak of Spanish Flu.

Although the virus originated somewhere in Northern China, it moved quickly into Europe, and really got going once it managed to cross the border from France to Spain.

Commercial air travel had only been in existence for about four years, and yet, Spanish Flu managed to infect about a third of the entire world wide population. It claimed the lives of 100 million people.

And that was flu. Something that most people, to a lesser or greater degree, have some sort of built-in immunity to.

We have no protection against the Corona Virus.

Can Magic stop you catching the Corona Virus?

There are several ways to keep you and your family safe from the Corona Virus. One way might be to buy as many rolls of toilet paper as possible and build yourself a barricade. After all, everyone knows that toilet paper is an extremely effective barrier against minute airborne viral pathogens.

But what if your lifetime supply of Kleenex isn’t quite enough to scare off the microscopic bug that happened to be sitting on the dirty handle of the shopping cart you touched when you went to the store and cleared the shelves of everything they had? What then?

Is there such a thing as a Protection Spell against the Corona Virus?

Throughout History, women like me have been casting Spells of Protection against whatever plague dared to show it’s tiny little ugly face. Whether it was Spanish Flu, Asian Flu, Russian Flu, Swine Flu, SARS, Ebola, or the Bubonic Plague, one of my ancestors would have been cooking up a spell to ward the thing off, and cure those that had been infected.

And now it’s my turn.

With Magic, I can help keep you safe from the Corona Virus.

Who can benefit from my Corona Virus Protection Spell?

If you’re worried about the Corona Virus – if there are cases in your town and city (and chances are there will be, even if they haven’t been confirmed) - then my Protection Spell can significantly reduce your chances of catching the virus.

If you suspect you might have been into contact with someone who had the Corona Virus – whether it was that guy coughing on the bus or the little old lady on the subway who didn’t seem too well – my Protection Spell can increase your chances of fighting off any infection you might have picked up.

Even if you already have the Corona Virus, or you’re displaying the symptoms – a cough, a high temperature, shortness of breath – then my Corona Virus Protection Spell can increase your chances of fighting it off.

How does the Corona Virus Protection Spell work?

As with all my healing spells, the key is YOU.

Human beings have survived for around two hundred thousand years. That’s about 199,800 years longer than modern medicine. In that time there have been countless plagues – and in every case there was a small group of people who managed to survive. On their own. Without drugs. How? With their own immune system.

Whilst doctors scrabble around to find ways to contain the outbreak or grow antibodies, my Corona Virus Healing and Protection Spell works by taking your natural ability to fight infection – no matter how compromised that might be – and gives it a much needed kick in the pants.

It’s like an all natural super-steroid – but one without any nasty side effects – turning your body into a Corona Virus fighting machine.

How long does it take the Corona Virus Protection Spell to work?

The spell starts working as soon as it is cast, HOWEVER on its own it can only do so much.

Like most spells there are some follow up rituals I recommend to make the spell stronger and more effective. They’re not difficult to do – not even slightly – but they are necessary if you want to get the most from your spell, and maximise your body’s ability to fight off any infection.

It’s a little like putting gasoline in your truck: Once the truck is full of gas, you can theoretically move it out of the path of an oncoming juggernaut. But YOU still have to get in the cab, turn the ignition, put the pedal to the metal, and start steering.

Buying my spell and then doing nothing would be insanely stupid.

I will let you know what the rituals are, but only AFTER the spell has been cast. Performing the rituals without a successful casting is a waste of time.

Is there anything else I need to know about the Corona Virus Protection and Healing Spell?

There are a few important things to know about this spell before you Make your purchase today.

Firstly, this spell doesn’t make you super human or bullet proof. DO NOT purchase the spell and then intentionally put yourself in harms way, or stop taking any medications that have been given to you. That would be supremely idiotic – not to mention extremely dangerous to all those around you – and there isn’t a spell in existence that can fix that level of stupidity. This spell is your last line of defence against a killer virus when everything else has failed.

Whilst this spell will decrease your chances of getting the virus significantly, it’s not a guarantee of immunity. You can still catch Corona. Should this happen the spell will continue working to remove it from your body – but during this time you can still pass the virus to others.

This spell is, broadly speaking, for one person only. Whilst I can include your partner, or children, I can only do so with their consent, AND if they too perform the rituals.

I cannot cast the spell to protect your entire neighborhood.

This spell can’t be purchased on behalf of someone else. If you have a friend or relative that is suffering from the virus or is at risk, there is no point in buying this spell for them, or pretending to be them. Even if you manage to fool me, the Goddess and the Spirits cannot be hoodwinked. The spell simply won’t work. Send them to this website and get them to make their own purchase – even if you have to give them the money to do so.

Are you ready to Protect yourself against the Corona Virus with Magic?

It couldn’t be easier to get started just click or tap below to place your order.