Finally get your revenge by making your enemy fat! 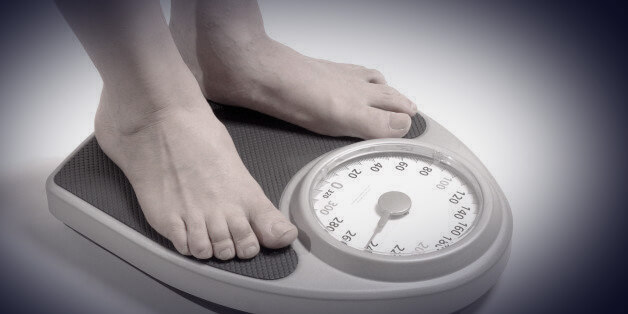 Use my Weight Gain Curse to reek revenge.

I know you’re sitting there seething. I can feel it all the way over here. Jeepers you’re mad!

You’ve been riled up and until now you thought you could handle things on your own. You knew that eventually you would get over the anger and life would settle down again. You would finally stop waking up every morning angry as hell, that ball of hatred in your stomach would start to fade. Those thoughts of all the horrible things you would like to do to the person who has gotten right under your skin would disappear. But none of that has happened, has it? It’s still eating away at you and consumes almost all of your thoughts.

So who has pressed your buttons so hard that you can’t turn them off?

Is it your Mother in Law with her constant little jibs? Someone who keeps sniffing round your partner fully intent on trying to steal them away? Your boss and his bullying? That neighbour who always parks just too close to your parking space so you can hardly get your car in? An ex who is parading round with their new squeeze? Someone else?

Whoever it is they their words and actions have hurt. Every time you see them you just want to smash their face in but... that wouldn’t be enough.

What you really want… is to make them FAT! Unattractive! Gross!

Well… you’ve come to the right place… We can make them fat! Yep you read that right! You’re smiling already aren’t you. Just the thought of them becoming a lot more like Oliver Hardy has got you giggling to yourself hasn’t it. But before you ask – ‘No’ I can’t give them a little moustache too… you’re cruel but funny. We’re going to get along just great!

Who can benefit from my Weight Gain Curse?

‘Bigger’ people, rightly or wrongly, are often perceived as less attractive and boy does that affect every single area of life. Studies have proved it over and over again so this curse is perfect if you want to completely ruin someone’s life.

Being ‘bigger’ will affect their self confidence and we know that the lower someone’s confidence is the more miserable they are. They won’t enjoy food anymore because they will have to stop eating the things that they love for fear of putting on more weight. Oh the blissful cruelty of taking away someone’s love of Krispy Kremes! Their mindset will change as they try to get their head round their wobbly and unattractive body and this in turn will affect their friendships and relationships, their ambitions and level of success.

Who’d have thought that making someone gain weight could have so many negative consequences – it’s wonderful isn’t it! See, I told you it was a perfect way to get revenge and make you smile at the same time.

Can I order the Weight Gain Spell for myself?

Every now and then someone asks if they can order the Weight Gain Curse for themselves.

Let's get something clear here, this is a CURSE. Being over weight is extremely dangerous to your health. It puts massive strain on your heart and other organs. It can lead to acid reflux, type 2 diabetes, dementia, cancer, altzheimers, and eventually… death.

However, if you’re ‘happy’ to take those risks head on, I’m happy to take your money. I’ll even build in a ‘safety switch’ so that when (not ‘if’) you finally realise that being fat isn’t as much fun as you seem to think it might be, you can stop the curse in its tracks.

I’m a feeder; can I order the Weight Gain Spell for my girlfriend?

Well it won’t be working by tomorrow morning but once we have done a few steps to keep you safe this is fairly quick acting.

Curses are unpredictable. And unfortunately a curse like this has a tendency to backfire. If we’re not careful the curse will track you down and make YOU fatter. And we don’t want that. So, first thing we need to do is make sure that we put you in a safe place. Your safety and wellbeing is paramount!

Is there anybody else who shouldn't order this Weight Gain Spell?

As I mentioned earlier Curses aren’t for everyone. Not everyone can live with the feelings of guilt that can creep up on you at 3am in the morning.

Curses are not for the faint hearted. They have lasting damage so I really, REALLY can’t stress enough that you need to search your soul before ordering one. But once you have ……let’s give them what they deserve eh? No holding back.

Curses are life changing so if you don’t think you can live with that knowledge don’t ask me to curse someone for you. The last thing I want is for you to be ‘cursed’ with guilt because the whole point of this process is to allow you to move forward, not feel worse.

Are you ready to ruin someone’s life?