Buy An Obsession Spell that works

Finally get that man or woman to become obsessed about you! 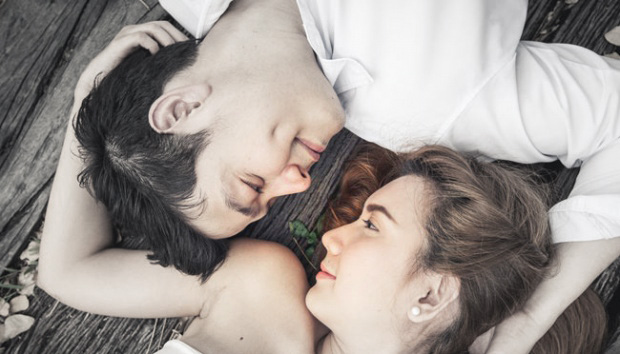 Use my Obsession Spell to have them falling at your feet, and ringing you day and night.

It’s the worst feeling in the world; being ignored.

Or maybe you’re not ignored – not quite – but you’re certainly not getting the respect you deserve, the undivided attention, the love!

Which really irks! Because God knows you’ve made *them* the centre of your goddam Universe. Or did. Or would. Or could again. Whatever your reasons, you want the tables to be turned and for them to know exactly what it’s like to be 100% obsessed with someone.

Sounds perfect doesn’t it! And it can be. BUT be warned, because although an Obsession Spell might seem like a good idea, this is also a very dangerous spell. It can very easily get out of hand. Not every obsessed person acts rationally. Remember; ‘stalkers’ are usually ‘obsessed’ with the person they ‘love’. And what if – at some point in the future - you decide you don’t want to be involved with that someone anymore? This spell doesn’t come with an off switch. That costs extra.

So before I cast this spell, I always check to make sure that an attraction spell wouldn’t be a better fit. Or a get-back-ex spell. Or a friend to lover spell. Or just a regular, beautiful, happy-ever-after love spell. Contact me to find out more.

Who can benefit from my Obsession Spell?

If you have your heart set on making someone totally crazy about you then this spell has your name written all over it! It’s a spell for you if you want to feel totally adored and put on the highest pedestal there is. Want someone to feel like they can’t get enough of you? This is the spell for you.

But all that said, this spell only works for those who already have *some* kind of relationship with the person we’re focussing on. They don’t have to love you, or even like you, but they do have to know who you are, and preferably know your name. This is a Spell not a miracle… miracles cost more and take longer. Don’t go ordering this spell and pretending to me that Cameron Diaz is your next door neighbour… you’ll be throwing your money down the drain.

Well it won’t work overnight that’s for sure. It is one of my quicker acting spells, BUT it completely depends on the nature of your existing relationship; how well they know you right now, and how they feel about you.

So, for example, it works quicker if we are starting with a relationship that is kinda going well. Did you notice I said ‘we’? That’s because WE are going to be working on this project together. I do the spooky stuff, and you do the rest. It’s all about the Teamwork baby!

Is there anybody who shouldn't order this Obsession Spell?

This spell doesn’t mind how damaged your existing relationship is, but it does require *something* to work with. It needs an energy to work with.

So, this is NOT for you if the person you want the Obsession spell cast on is the girl who works in the bank – you know, the one you’ve never even had a conversation with. I can’t make Tom Hardy go crazy at the mere mention of your name …jeez, I would have cast that spell for myself if that were possible!

Whilst we’re talking about things I can’t do: I can’t make someone change their sexual persuasion in order to worship the ground you walk on. Sexual orientation is a HUGE part of who we are. It’s fundamental core stuff. It would, quite frankly, be easier to give someone an extra head. (No, I can’t do that either).

This spell also isn’t a particularly good curse. I get a lot of requests from jilted lovers who want their exes to literally be driven out of their minds thinking about ‘the one that they stupidly dumped’ (ie. you). That sounds like sweet revenge… it isn’t. It ALWAYS backfires. Always. There you are, sitting on the couch with your new sweetheart, and tap tap tap… your ex is throwing pebbles up at the window. AGAIN! And this is the fifth time this week, despite the restraining order you put in place.

Honestly. Don’t do it. If you’ve been wronged I have much better curses. Contact me about one of those.

And finally, as I mentioned before, this seemingly cute and cuddly spell can get out of hand very, very quickly. This spell is NOT for you if there are any aspects about this person which could become dangerous if you decided to walk away from them. It’s one thing getting flowers and cards sent to you from a love struck ex but if he has a temper you don’t want that person still being totally smitten with you and potentially putting you in danger.

Are you ready to become the center of someone’s universe?

Great! Click below to place your Obsession Spell order.